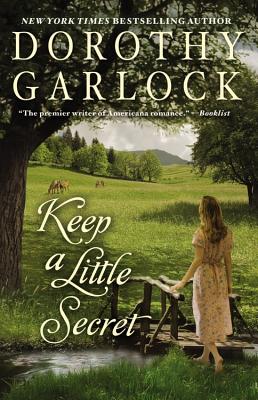 The new novel from the New York Times bestselling author follows Charlotte Tucker, the young girl from Garlock's most recent novel, Stay A Little Longer, into adulthood.
As a child, Charlotte Tucker was raised in small town Minnesota where the only real company was the people who came to her aunt Louise's boarding house. Several years later, Charlotte is a young woman and thirsty to get out of her hometown and see the world. When a teaching position opens up in Oklahoma, she jumps at the opportunity to take a room on John Grant's ranch in Sawyer, a small town to the north, to begin her new career. She soon befriends Owen and Hannah Wallace, a brother and sister who have come from Colorado following the death of their mother. Abandoned at an early age by a father they never knew, they are set on revenge against the man who left them -- a man they believe is John Grant. As the summer heats up and a brutal storm wreaks havoc on the town, a secret is revealed that threatens to change Charlotte's life -- and her new friends -- forever.

CAN YOU KEEP A SECRET