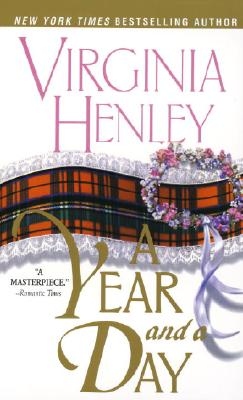 YEAR AND A DAY, A

With over five million copies of her novels in print, New York Times bestselling author Virginia Henley has enchanted readers worldwide. Now she sweeps us back to an intensely romantic, tumultuous time in Scottish history. . . .

When Lynx de Warenne, Edward Plantagenet's most prized warrior, invaded Dumfries castle, he took possession of Jane Leslie's home--and soon wanted something more from the headstrong lass. Desperate for an heir, he proposed a handfasting: a Scottish custom whereby a man can lawfully take a woman into his bed, then, after a year and a day, the couple can either wed or part. Any child of that union is deemed legitimate. Jane had no choice but to surrender to the invader's knowing touch. . . . Fearless on the battlefield, Lynx was afraid to love. But Jane slowly stole into his heart. And as the fires of war raged around them, amid treacherous foes and brilliant intrigues, who would have thought that two such unlikely partners would fall in love--or that their breathless passion for each other would outlast . . .

Title: YEAR AND A DAY, A 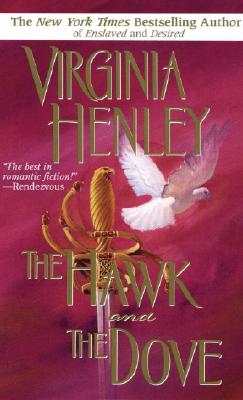 HAWK AND THE DOVE 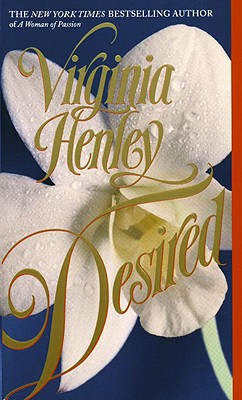 YEAR AND A DAY, A